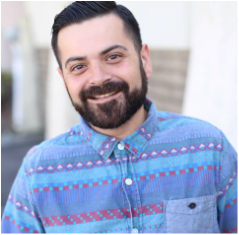 Michael Perez began dancing as a member of “Kids Unlimited,” a pre-professional competitive dance company in Los Angeles.  He continued studying dance at Chapman University with a full talent scholarship and graduated Magna Cum Laude with a Bachelor of Fine Arts in Dance Performance.  At Chapman University he worked with such renowned instructors and choreographers as Dale A. Merrill, Leann Alduenda, Mike Esperanza, Larry Rosenberg, and Jenny Backhaus.  He received numerous awards including "Outstanding Senior Choreographer" and "Outstanding Performance in Dance."  Perez’s early dance credits include televised Christmas Parades, Disney, American College Dance Festival, and music videos for independent bands such as Systematic Tragedy and Saint Motel.  He is currently a member of RhetOracle Dance Company under the direction of Nate Hodges.  Perez also dances and performs for independent artists and projects across Southern California.

In addition to his performance career, Perez has choreographed for dance schools and programs across the western region, local competitive dance teams, Systematic Tragedy, and independent dance concerts.  His choreography has been recognized and awarded at both regional and national competitions.  He enjoys continuing his training with renowned instructors throughout Southern California. Perez puts effort into bringing out the best in his students so that they not only become great dancers, but also great people. 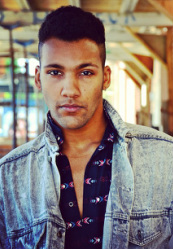 After attaining a BFA in Dance Performance from Chapman University, Derek signed with BLOC Talent Agency. Throughout his time as a dancer he worked with artists like Arcade Fire, Vagabon, Todrick Hall, Bob the Drag Queen, Fitz and the Tantrums, Bonnie McKee, “Earth, Wind & Fire," Rachel York & Hugh Jackman.

​Derek has skills in a wide range of dance vocabularies and is also a skilled acrobat/singer/pianist/actor. He travels to studios nation-wide and is an accomplished choreographer for both stage and camera. Derek’s 2018 commercial with “Hi Chew” was renewed to air an additional year and his choreography for “In Camera” by Yumi Zouma was nominated for best choreography in a music video at the UK MVA’s! Passion and tenacity are key components to Derek’s work as a creative. 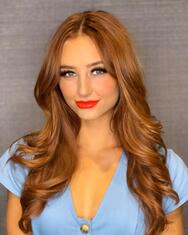 Lauryn is a California native, raised in the city of Orange. She earned her Bachelor of Science in Biological Science from California State University, Fullerton. She represented the Los Angeles Chargers, as a Charger Girl cheerleader for 4 years and a line captain for 3 years. In 2018, Lauryn represented the Los Angeles Charger Girls as their Pro Bowl Cheerleader. Lauryn developed a great passion for performing early on, having been extensively trained in singing, acting and dance at the Orange County High School of the Arts. Today, she continues to share that same passion with others as a dance instructor, training students of all ages in ballet, jazz, hip-hop, lyrical, and contemporary. Lauryn judges for local dance competitions and has worked with several high school dancers and dance teams in Orange and San Diego County. Outside of dance, she worked as a signed model, appearing in LA Fashion Week and numerous music videos for several artists, including Enrique Iglesias, Pitbull, Iggy Azalea, Rita Ora, and Bea Miller. 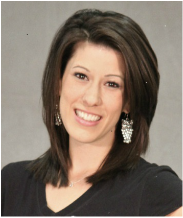 Danielle Smith was promoted in 2008 to Ballet Mistress of the Tracy Dee Ballet Academy, known and respected for their dedication to excellence in the ballet genre.

She has co-produced Academy Ballet performances such as Wizard of Oz the ballet, Drums Spurs and Fangs, Snow White the ballet and Coppelia. Along with co-producing, she is an avid choreographer with a vision unlike any other. Through her passion for dance and teaching she has created remarkable dance masterpieces.

Danielle has been teaching for over nine years. Through these years she has molded and perfected her teaching strategies in order to be most effective in helping her students successfully understand what the art of dance is.

Danielle's classes are designed for quick movement  while maintaining precise placement and quick coordination. Danielle's inspiration for being a dancer was to be a teacher and understand how the body works and can grow through dance. She is a proficient teacher in ballet technique, pointe technique, jazz, musical theater style dance, ballet mime, character and body strengthening.
Kaitlin Regan (Ballet, Pre Pointe, Pointe) 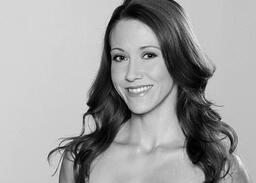 Kaitlin Regan has been an influential dance educator and performer in Southern California for the past 15 years.  She holds a BFA in Dance Performance from Chapman University and is currently performing in her 10th season with Orange County's critically acclaimed dance company, Backhausdance.  Serving as Educational Outreach Director for Bakhausdance, she created STEAM assemblies, workshops, and residencies for the company's education program.  Alongside an occupational therapist, Kaitlin helped develop an adaptive dance program for students with special needs.  Her performance career has given her the opportunity to dance in Pisa, Italy, Warsaw, Poland, and the Joyce Theatre in New York.  She has performed the works of notable choreographers Dwight Rhoden, Ido Tadmor, Yin Yue, and Jennifer Backhaus, among others.  Kaitlin's passion for teaching continues to grow with every student.
Katisha "Blaze" Brooks  (Jazz Funk, Hip Hop, Afro) 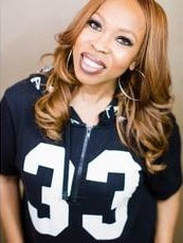 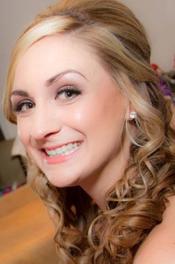 Becky Uranga began her dance training at the age of 3.  During her youth, Becky competed at numerous dance and gymnastics competitions, placing first at many of them. At Canyon High School she was involved in the dance choreography performing group. During this time, she attended numerous workshops and performed at venues and dance showcases with her high school team. She then went on to pursue dance in college at OCC, training with Linda Sohl-Ellison, and on to Fullerton College, training with Alicia Okuchi-Guy, and Melanie Kay-Rosa.

Becky loves teaching young dancers how to reach their full potential and have a great time doing it. Over these past 10 years she has earned many awards for choreography and concept. Becky attended the Dance Teacher Magazine Conference in New York City in 2003 and 2004. It was there where she received amazing guidance and teacher training from choreographers and teachers such as Finis Jung, Jermaine Brown, Debbie Dee, Cathy Roe, Bob Rizzo, Luigi, Deborah Vogel, Lynn Simonson, and participated in The Rockette Experience. She has also had the privilege of working with choreographers such as Jerry Rose, Jeff Hill, Anthony LoCasio, Barry Youngblood, Debbie Allen, Wade Robson, and more. Becky is looking forward to furthering her teaching experience and guiding young dancers to reach their full potential, turning them into wonderful, confident dancers. 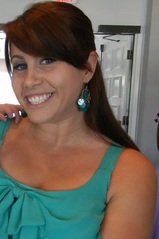 _ Deborah Hare has received extensive gymnastic training since the age of three. At the age of twelve she began additional training in tumbling to further her floor skills. Deborah graduated from La Habra High School where she cheered all four years. During high school she was named “Most Spirited” by her peers and was well known for her friendliness and enthusiasm. At the age of sixteen Deborah was promoted to her first gymnastic coach job at the Whittier YMCA. She fell in love with teaching, and has since coached at several local gyms, she also coached a men’s gymnastics team in Texas.

Deborah’s passion for coaching grew greater when she had the opportunity to work with kids with disabilities. Deborah joined ADBA last year as their tumbling teacher and the coach for the Flair ALL Stars competitive cheer team. She loves to watch her students grow and succeed while mastering new skills. Deborah is majoring in kinesiology in hopes of one day becoming a physical therapist for our Veterans. 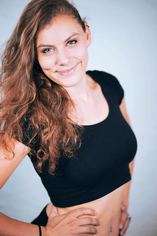 ​With a Bachelor’s Degree in Dance from the University of California, Riverside, Melissa is passionate about dance, choreography, and teaching. Melissa was born and trained in the bay area where she learned Tap, Jazz, Ballet, Hip-Hop, Contemporary, and Tumbling. In addition, Melissa was also a cheerleader throughout middle school and high school where she was cheer captain for her senior year. In college, Melissa was able to pursue Modern and dance composition through the dance program and was part of a collegiate hip-hop dance team on campus called Collective Faction.
Currently, Melissa is dancing with a professional dance company: The Corps Dance Crew, which specializes in dancing and dressing up as characters from TV shows, Comic books, and animated series. She performs all around the Southern California area at various conventions and events, most notably Comic Con and Anime Expo. In addition, Melissa also performs as a Belly Dancer at various Arabic restaurants and events. She has a passion for what she does and loves helping children also find their love for the performing arts. 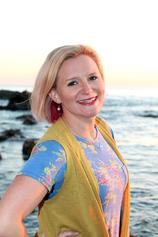 Temah Shevick Claspell started performing at the age of six with a non-profit theater group.  There she performed in the ensemble as well as held lead roles in shows such as Peter Pan, Wizard of Oz, Alice in Wonderland, and the Sound of Music.  She enjoyed performing so much that at the age of eleven she decided to take her dancing skills to the next level; that is when she started training at the Dance Factory in Los Alamitos. There she competed with the Showgroup Team and began her teaching career.  Upon entering Jr. High School, Temah discovered the small world of Show Choir.  Throughout her High School career she continued competing in dance and Show Choir.

After graduating, Temah continued dancing at Fullerton College and 2 years later began teaching competition routines for local Orange County studios. She is looking forward to helping create a lifelong love of dance in the hearts of her students.

​Hannah Miller began dancing at 3 years old and was a competitive dancer by the age of 6.  Winning the title of Miss Petite her first year.  She grew up training at ADBA, received additional training at Joffrey Ballet (NYC) and West Coast Elite (as an honored “apprentice”) with many of the country’s top choreographers.  During her competitive years she won numerous scholarships and first place overall scores. She has appeared in music videos and a candy commercial as a backup dancer.  Hannah was Captain of her high school dance team (Valencia) where she earned the Miss California Dance Title and WCE Dancer of the Year award.  She went on to become Captain of her college dance team (Washington State) where they took home the 2nd place National trophy for the highest college Division 1A team. After leading her team to 2nd place at Nationals, Hannah was then promoted to WSU Assistant Dance Coach. Hannah enjoys teaching all genres of dance and sharing her passion with other aspiring dancers. 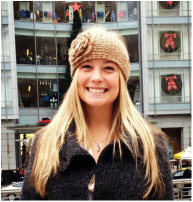 Nicole Ray is a resident of Brea, California and grew up training in Tap, Jazz, Ballet, Lyrical and Hip Hop. Inspired by her many teachers, Nicole decided at a young age that she wanted to become a dance teacher. At age 16 she began teaching preschool classes and eventually began working on a full time basis. Now with 8 years of teaching experience, Nicole teaches classes of all kinds and for all ages. According to Nicole, "dance has made me who I am today, and I love sharing my passion for dance with all of my students." 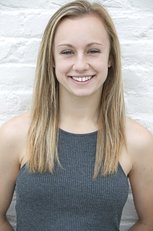 Samantha started her training at 4 years old. Her training includes extensive ballet/pointe, jazz, lyrical, contremporary, modern, tap, and tumbling/acrobatics. She competed for nine years winning numerous first place awards for her category and age group.  She has consistently placed in the top 10 of national competition and received numerous first place overall awards, including scholarships to "Jump" Convention.  She has been accepted to the Northwest Dance Project, Joffrey Ballet and Alvin Ailey summer intensives. Sami's music videos include "I Can't Be Your Superman" by Skylar Spence and "I Know You're In Love With Me" by Adam Gunther (Dzang). Sami has also appeared on the You Tube series Dirt.  She modeled for Marcea's 2014 Costume catalog. She was captain of Valencia High School Dance Team.  Sami is Magna Cum Laude Graduate of Chapman University with double major in Dance and Health Science and a minor in nutrition.  Sami is enjoying teaching at ADBA and looks forward to many more years at this great studio!